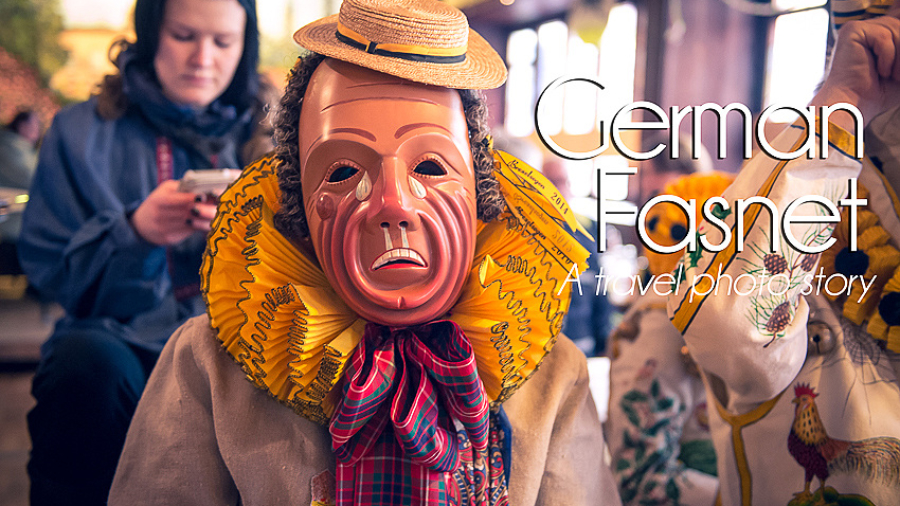 In the towns and villages of Southern Germany, and particularly the Black Forest, the end of winter and the coming of springs heralds a very interesting and peculiar festival unique to the part of Europe. “Fasnet” (or Fasnacht) is typically celebrated before Lent, and involves the entire town (and neighboring towns) coming together in elaborate costumes representing spirits, demons, and witches with heavy wooden masks, intricately carved and handed down from generation to generation.

I landed in Frankfurt, Germany in early March – just before the festival was scheduled to start – and what followed was a whirlwind tour of some of the main towns and villages which are best known for their unique renditions of the carnival. 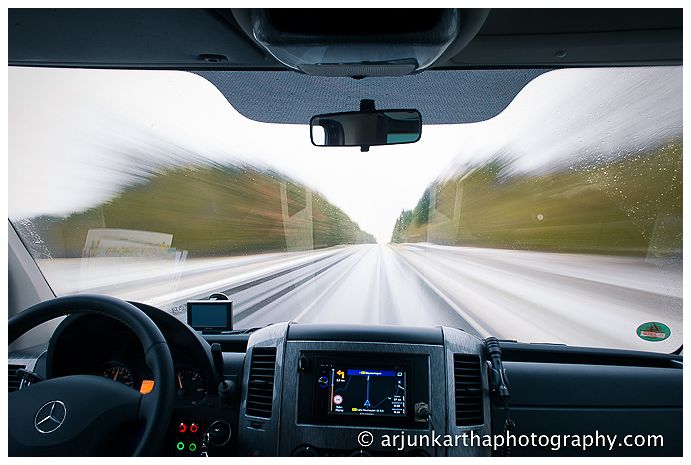 Driving at the speed of light through lovely German country roads

Simply put, Fasnet celebrates the end of winter (which was surprisingly mild this year) and the start of spring. Fasnet has been celebrated since the Middle Ages, when all the local craftsmen belonging to a certain guild came together and created unbelievably intricate costumes and masks, each unique to a certain guild – and based on local characters that figure in local lore and history. The seemingly hideous masks are meant to scare winter away – and certainly take a while getting used to! One of the recurring themes is that of the “Wise Fool” – who walks through the parade reciting important developments in history that concern the local population. 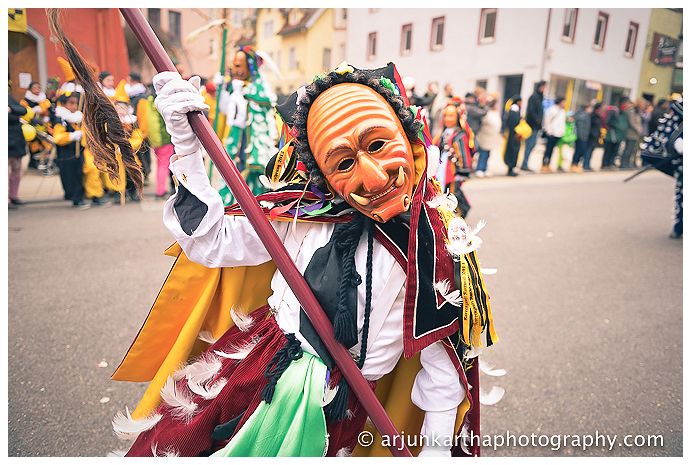 A typical Fasnet costume with a wooden mask. This particular character was playfully trying to steal my winter cap!

The festival has it’s roots in ancient culture (particularly the Catholic church, where during Easter the Catholics celebrate Christ’s resurrection – a strict fasting period) – which encouraged people to hold lavish parties just before the start of Lent. Most of this still holds true today, and the festival is a great chance to mingle with local townspeople, enjoy some amazing German cuisine (rich in all kinds of sausages, meat, pork and potatoes) and naturally, drink lots (and lots) of beer. The festival usually lasts around a week – and almost everyone from town joins in. This usually means that almost every shop is closed – except, of course, the bars and cafes that are often packed till the rafters.

Typically, the entire town pitches in to decorate and celebrate – and it’s sometimes quite possible to discover that the fun person in the costume next to you is actually the town mayor (or even the Duke!) The entire week is celebration week – and everyone in town is on holiday. Each town celebrates the festival a little differently – most of which involves the traditional parade in the morning (and many times in the afternoon also) – where a very colourfully dressed audience cheers on their favourite guilds (often with cries and hoots like Narro! Narro!, Hi-hu-hu-hu-hu and Hoorig! Hoorig!). Fitting in is quite easy – and the locals are warm and welcoming. You don’t need to be a mere spectator – the fun is in joining in and dressing up! While the traditional costumes are only for the participants in the parade, spectators show up in utterly imaginative costumes – so as a visitor, go grab a wig and a neon shirt from a local store – and you’ll fit right in! Additionally, it’s a good idea to learn the traditional greetings in advance, so you’re quick to fit in with the crowd. (Sometimes, knowing the greeting can earn you a free pretzel!)

Later on in the day, after the traditional parades have been done with – the entire town comes together over live music played by some incredibly talented high school bands – and these celebrations go on till late in the night, by which time a considerable amount of beer, sausages and pretzels ensures that all and sundry have had a jolly good time.

Some fun places to visit during Fasnet

I visited the following towns – as these came highly recommended, so it’s a place to start! Click through to go to separate stories for each of these towns. Each town celebrates Fasnet a little differently, so it’s a fun read! Click on any of the links below to go to the individual stories.

Questions or comments? Ask them below! Till then, NARRO! NARRO!

Over the last ten years or so, wedding filmmaking