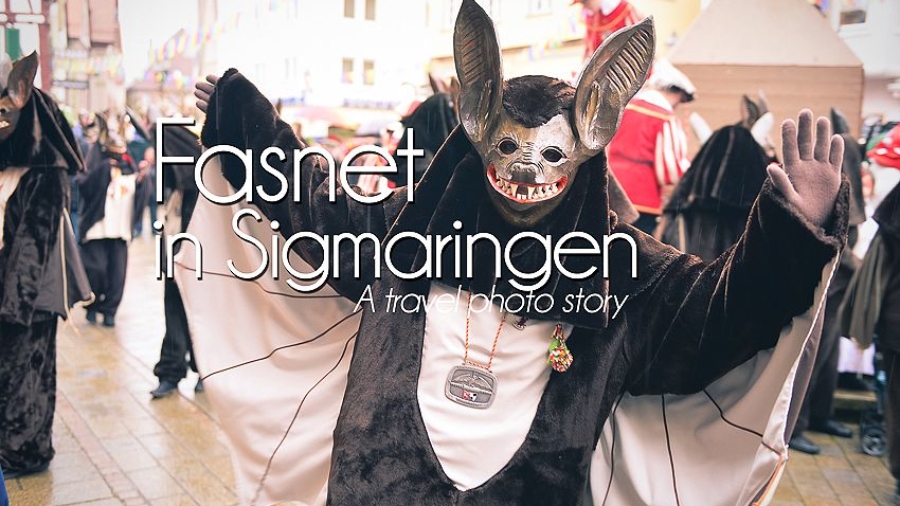 (Note, this is a post about Fasnet in Sigmarengen only. I went from town to town in the Black Forest area in Germany to experience Fasnet first hand – if you’ve landed on this article, you should start HERE).

Fasnet in Sigmaringen is a lot of fun. Called “Brauteln”, this is one of the most colourful festivals held during the Fasnet celebration week in the Black Forest region. Every year, on Shrove Tuesday – last year’s newlyweds and husbands who have celebrated a special wedding anniversary (like a 50th anniversary) – are carried by a padded pole around the town fountain. While they’re carried around the fountain, they chuck fistfuls of pretzels, sausages (yum!), and candy to children and the audience (wow, I got so much candy!) 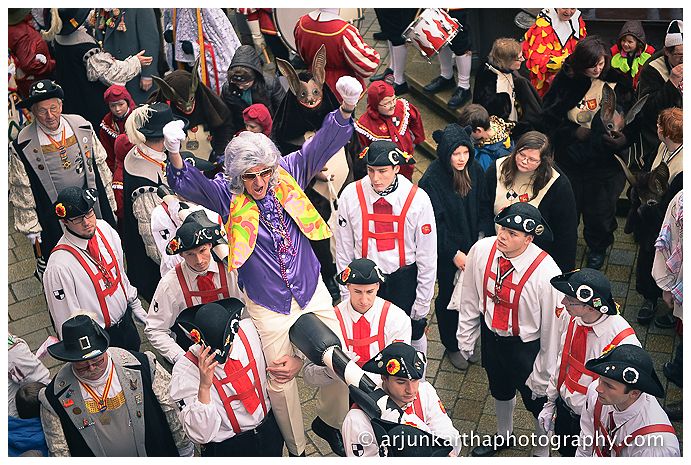 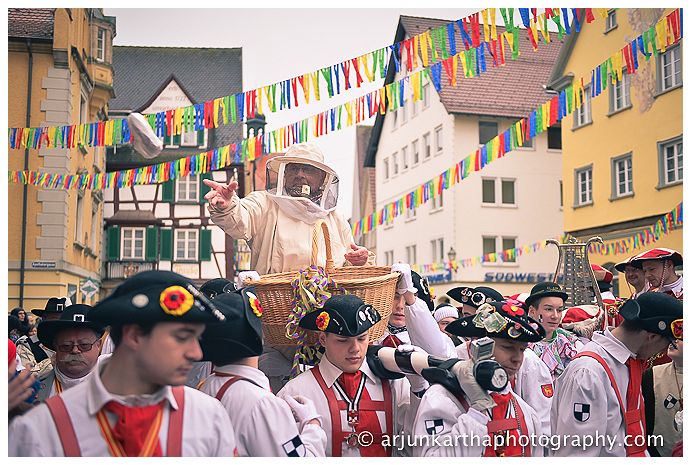 If you’re going to be carried around, you may as well do it in style! (Note the candy being thrown – I didn’t get that one) 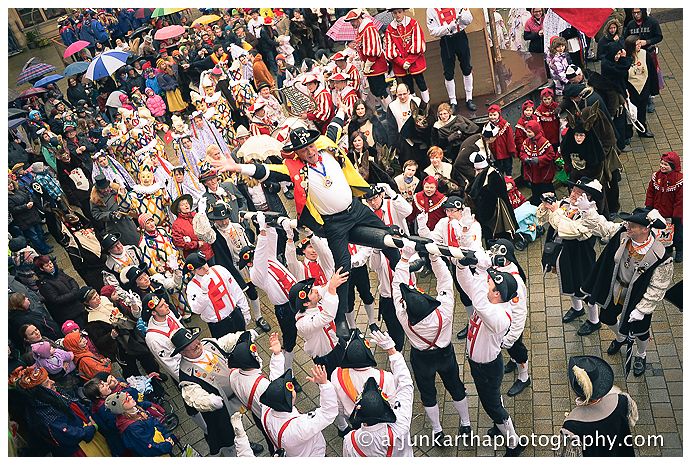 Now that’s an incentive to get married! 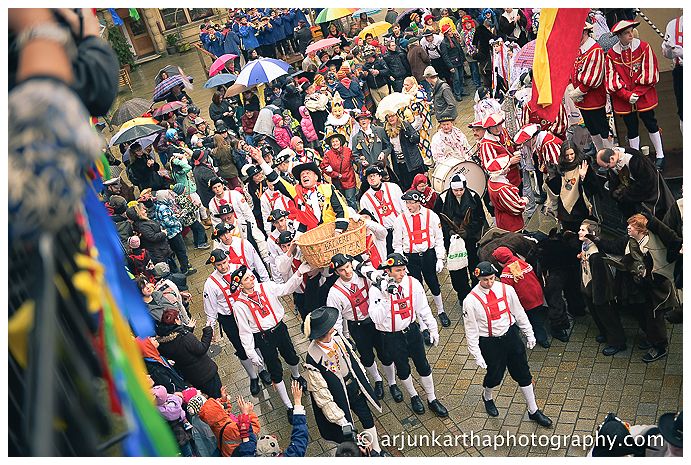 This gentleman was celebrating 50 years of marriage. Amazing!

I’ll admit, I was fairly intrigued by the fact that the festival in Sigmaringen revolves around the men celebrating getting married, so I started asking questions. As it turns out, the festival originated during the 30-year war in 1648 – where the war left the common people in pretty bad shape, and getting married was the last thing on their mind. To promote weddings, the mayor promised newlywed men that whey would be carried around the fountain in style (and in all probability, receive an unlimited supply of beer for a week!) – this carried on, and soon became a tradition.

The parade itself has its fair share of colourful characters: 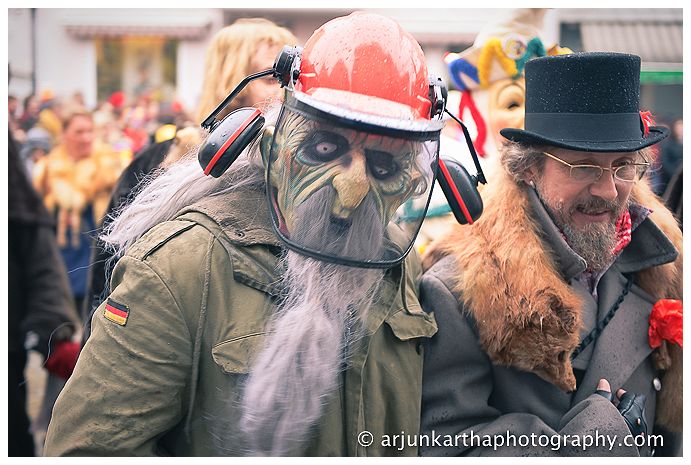 If you’re not in a guild – just dress up in something fun! 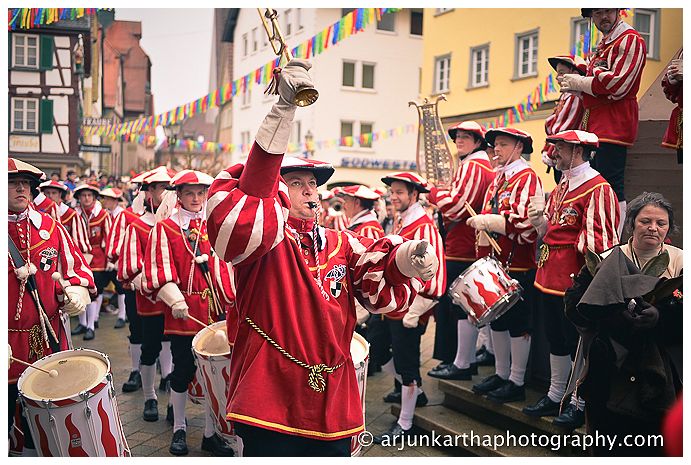 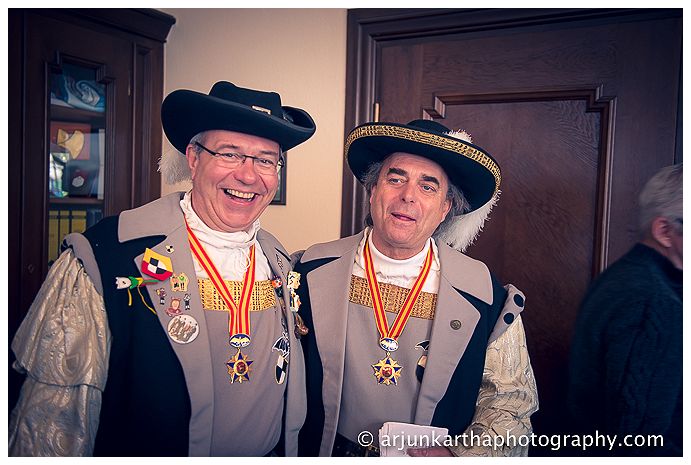 You also run into VIPs – like the owner of the Sigmaringen Castle! 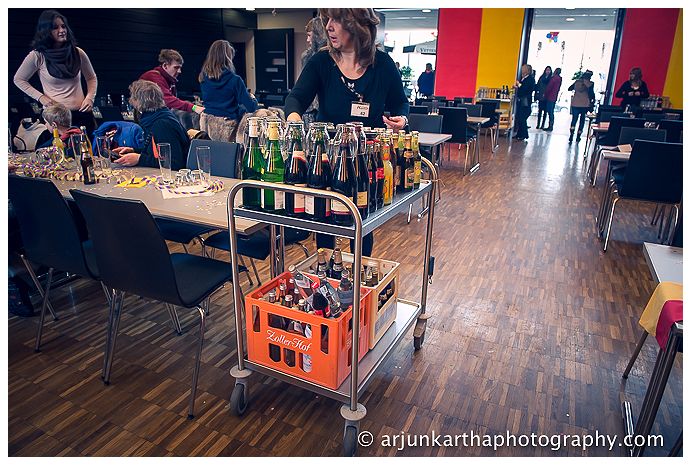 The afternoon highlight has to be the BIG community meal in the local community hall. Lots of good food. 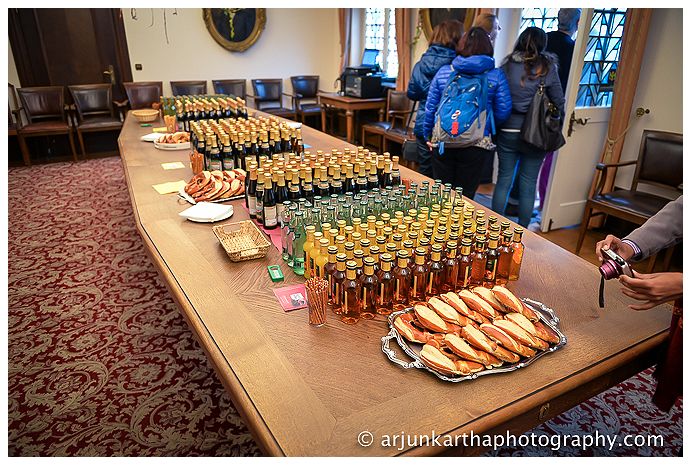 What I love about Germany: There’s always lots of beer and lots of pretzels in easy reach

Where to stay in Sigmaringen 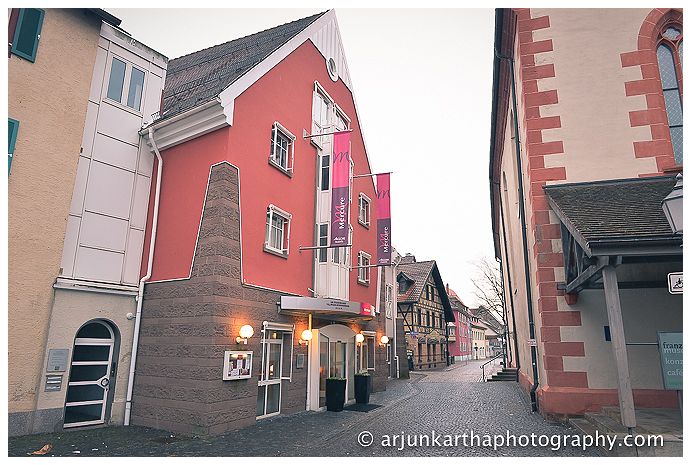