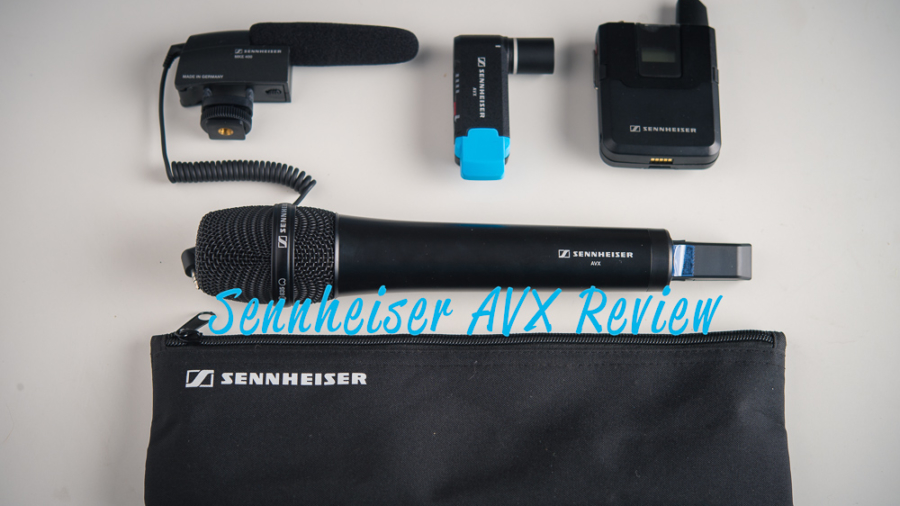 A review of the Sennheiser AVX Systems

A natural evolution for wedding photography has always been wedding cinematography. In India, for many years – wedding cinematography was restricted to a continuous roll from static block cameras – which were subsequently edited to include horrendous location audio captured through the on-camera mic, or equally horrendous overlays of popular Bollywood tracks.

When we first started wedding photography and Indian Wedding Movies, the idea was to use the magic of moving images to tell the couple’s story. Wedding filmmaking doesn’t always offer the luxury of having a dedicated sound engineer (though I’d love to have one along) or even elaborate sound sets for location audio. Most often, it’s the DOP or the cinematographer following a more run-and-gun approach, using whatever audio we were able to get.

It’s terrible when after a hectic shoot when you finally sit on your editing table to start your edits and realize your audio is crappy. I have been through situation too many times to count and trust me it is really irritating to deal with bad audio in post production. The friendly folks at Sennheiser India were kind enough to send us their latest AVX series of audio mics, and promised that we’d really love what we saw. They come with the tag line “Relax, it’s an AVX” and I decided to put it through some tests.

The build of the Sennheiser AVX Mic set is small but it is strong enough to be taken in a warzone. The small sized receiver is very convenient, as it does not put a lot of weight on the camera hence making your work easy.

Both Receiver and Transmitter of the wireless Sennheiser AVX display pairing status so pairing is not a problem. It typically charges in a couple of hours and by pressing the power button you can see the battery status. Its rechargeable battery is a big advantage, as you won’t have to spend on the batteries anymore. Sennheiser’s big promise is that the system should be ready to go in seconds. This was true in my experience. It was simply a matter of pressing the Pair button on both the transmitter and receiver, and waiting for the flashing green light to turn solid. From then on, the receiver automatically paired with either transmitter when powered up. You don’t have to fiddle around with frequencies as you had to with older models – the AVX automatically uses any available frequency and optimises for best performance.

We’ve used the Sennheiser AVX system in a bunch of projects and we’re really impressed. During weddings, it was a breeze to plug the AVX’s XLRI interface directly with the mixer during the Sangeet performances. Audio was crisp and sharp – and the system automatically compensates for when someone’s voice drops or becomes too loud (this is NOT auto-gain doing it’s work I believe, but the system compensating for soft or loud noises). Here’s a trailer from a recent wedding where we put the AVX system to work.

I wanted to see how the Sennheiser AVX system would cope with loud ambient noise, so we took it out in the streets. I was shooting a video for the Samsung Galaxy S7 Edge – as part of my project using the mobile phone to take photos of food in the dark – and this seemed the perfect way to test it. We decided to head to check out the food trucks in Sector 29 Gurgaon, while it was getting dark and use the phone to take photos at night. There was a lot of ambient noise, including cars and bikes whizzing by, people talking, birds chirping (or maybe that was only in my head), and so on. The Sennheiser AVX did a really good job – we had the microphone sensitivity set to manual (as you always should) – I think the results speak for itself. Check out the video here.

With the increasing demands on the cinematographer during the big-fat-Indian-wedding it’s great to have a audio system that you can depend on. With the smart operations in the Sennheiser AVX, it’s fairly easy to quickly begin the trust the AVX to do it’s job the way you want it to. The AVX system comes in 3 types – the lapel style lavelier microphone which is great for interviews, the wireless microphone (handheld) which is great for on-location quick sound capture and the on-camera shotgun style mic for on-location audio. The wireless systems come with batteries that are rechargeable, so extra batteries are one less thing to worry about. I’m looking forward to use these in future shoots and will post an extended usage update on them after a few more projects together!

Thank you Sennheiser India for sending this to us!