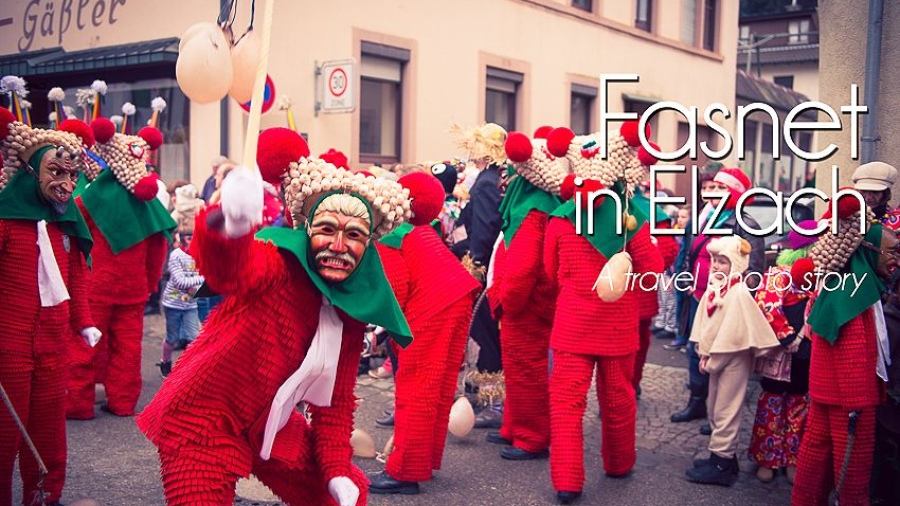 (Note, this is a post about Fasnet in Elzach only. I went from town to town in the Black Forest area in Germany to experience Fasnet first hand – if you’ve landed on this article, you should start HERE).

Elzach is a lovely little town in  the district of Emmendingen, in Baden-Württemberg, Germany. As with all the places I visited, they have a distinctly different interpretation of the Fasnet celebrations, and it’s a great place to soak in overall carnival atmosphere. The carnival is totally dominated by the Schuttig – a colourful creature with black leather shoes, pants, a jacket covered with overlapping rows of red felt retangles, white linen gloves, tie and a grotesque hand-carved mask of linden wood which covers the whole face. The Schuttig hold a long stick – to which is tied what appears to be a ball of some sort – which they repeatedly smack on the ground in an attempt to scare you. Ooh! The ball is actually a pig bladder – or a bull phallus. It took me a while to actually believe this – as I really thought someone was pulling my leg. Discreet enquiries later, it turned out that this really was the case. What fun!

Schuttig are only allowed to make a glottal growl or articulate in falsetto speech not to be identified. I really didn’t hear any falsetto speech – all I hear were a LOT of growls! They also can’t take off their masks – EVER – which really gives them a lot of liberty to really do whatever they want, and still be able to get away with it! 🙂 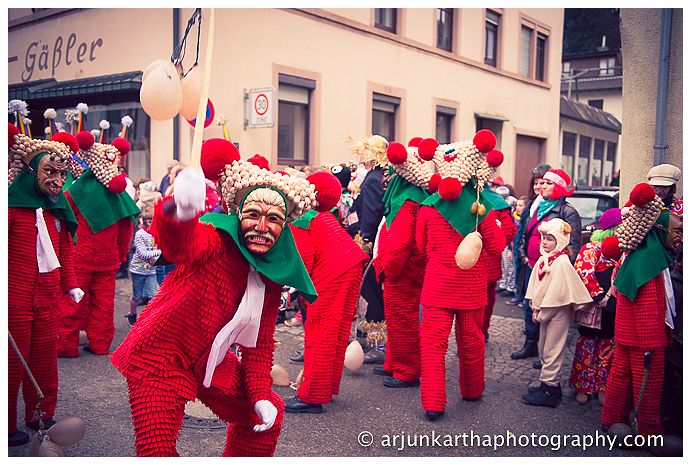 Arrrrr! Schuttig! Schuttig! Note the pig bladder at the end of the stick! 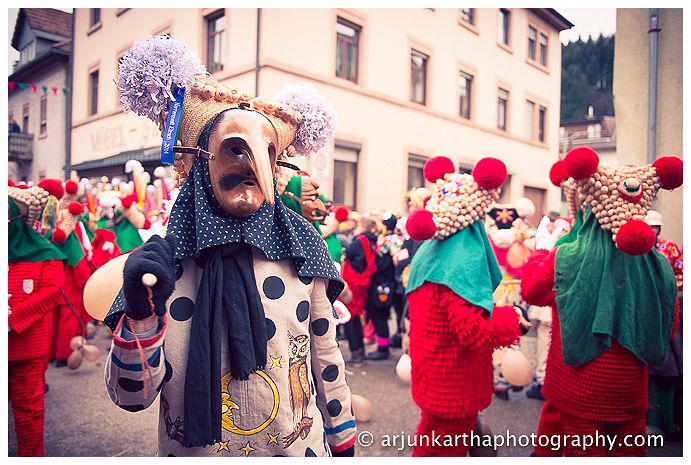 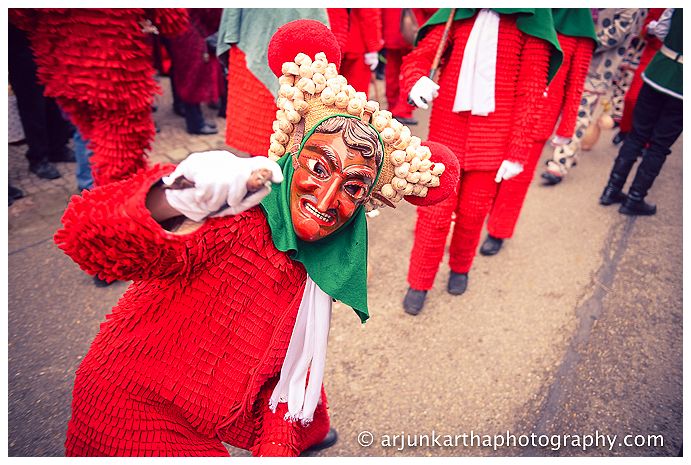 A Schuttig tries to mess with me. 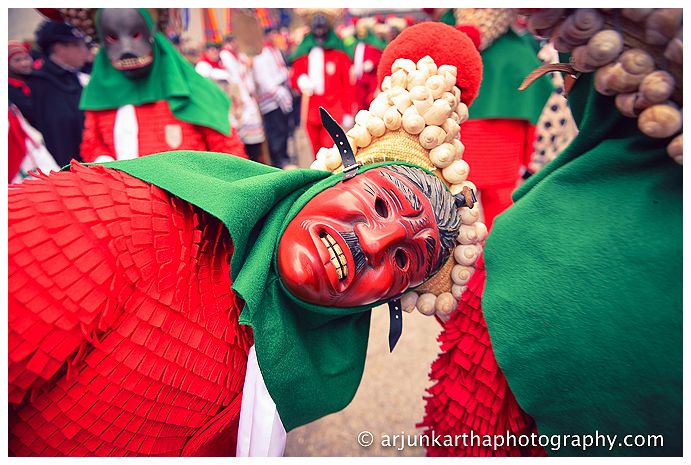 Maybe looking at me sideways will help! 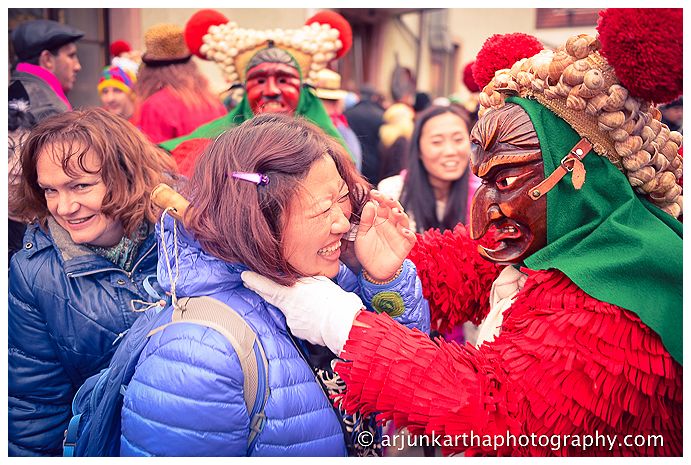 A Schuttig tries to scare a press reporter. I’d be scared of the reporter instead! (The pen really is mightier than the pig bladder) 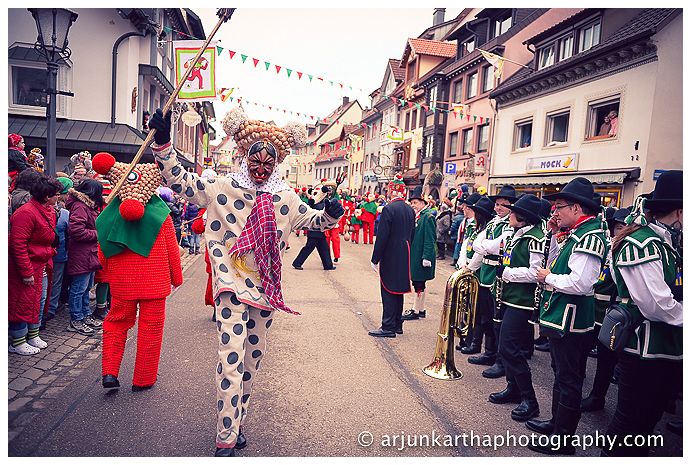 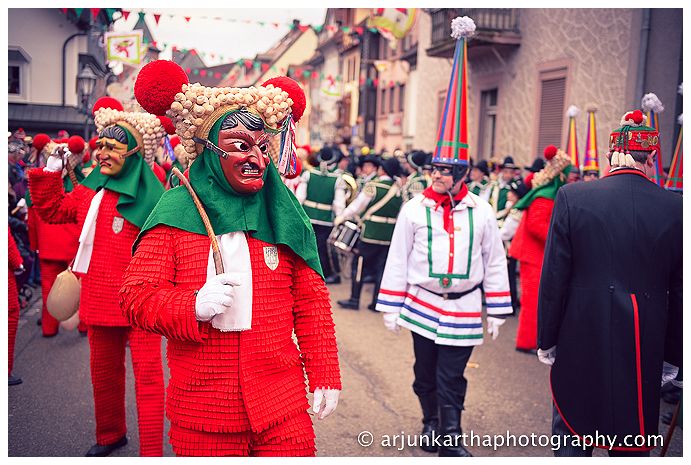 Another Schuttig on the prowl Schuttig Beer! If you look carefully, you’ll see the night watchman on the cover! 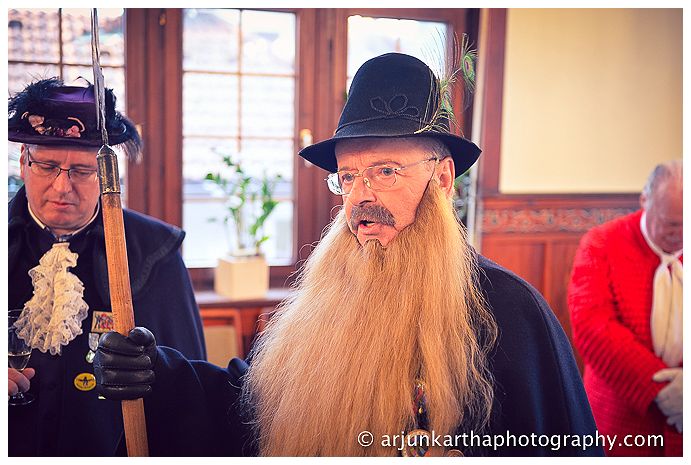 The night-watchman (and brewer of the Schutig bier!)

Where to stay in Elzach

I didn’t stay in Elzach – but in the lovely Hotel Silberkönig which is not too far away (20-30 mins by road). 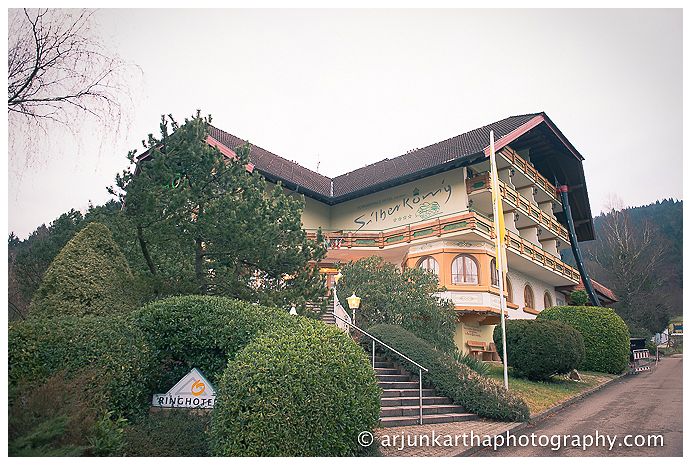 In the middle of lush meadows and forest, most views from the hotel are onto beautiful german countryside 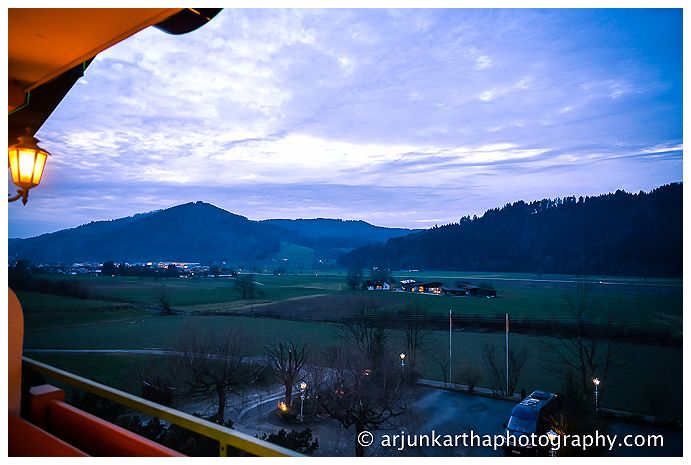 The view from my balcony in the Hotel Silberkonig 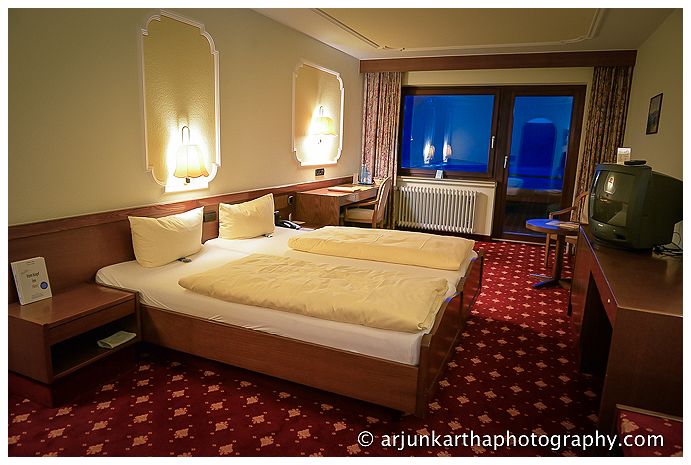 My room was super large, with a lovely balcony (I confess I left the window open, even though the air outside was freezing) 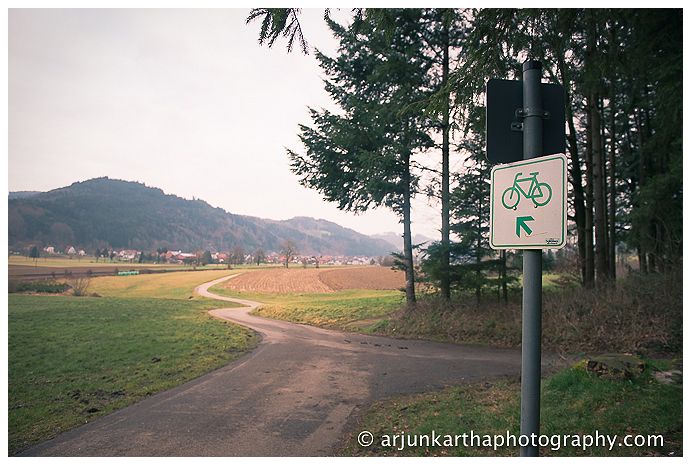 I went for a walk around the hotel early in the morning. The trail on the right led straight inside the black forest. 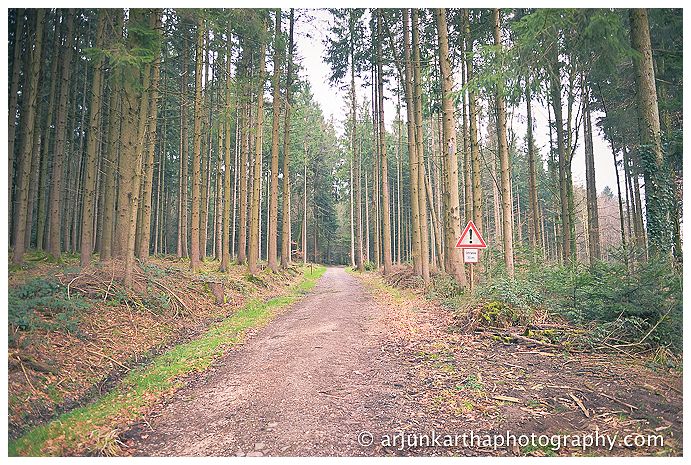 A walk around inside the black forest – it’s not really black inside, it just looks like it from far away. 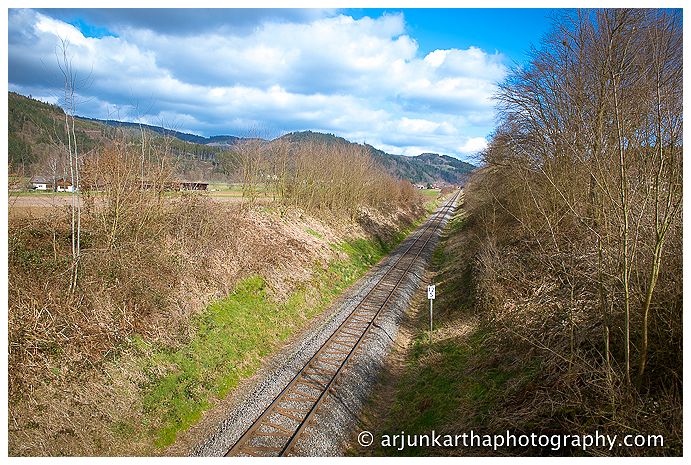 Another short walk in the other direction brings you to this lovely scene. 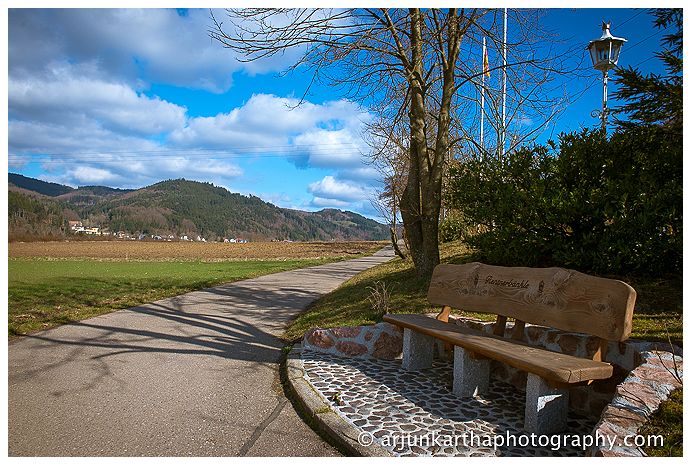 Rachita and Ratul had an absolutely beautiful wedd