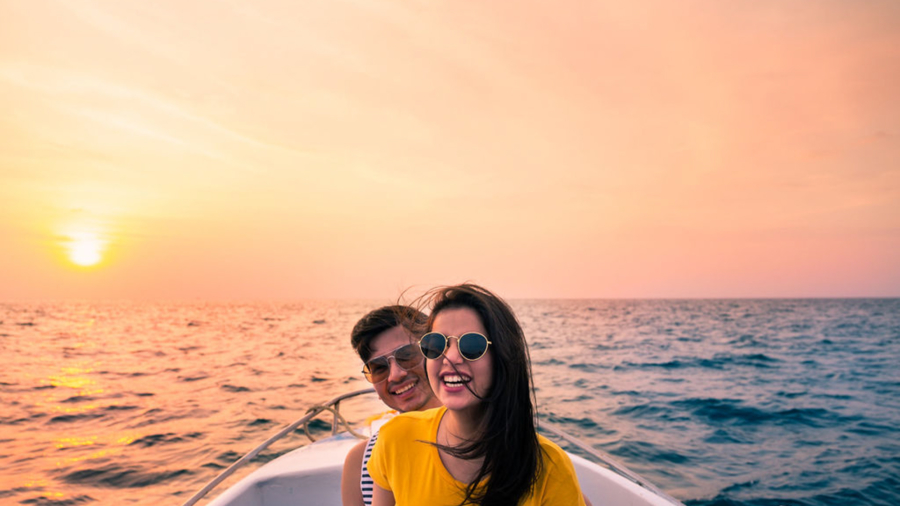 When we spoke to Sanya and Aman about their pre-wedding a few months ago, they were sure that they wanted something casual and real. And after spending a little time with them, we knew that it was going to be amazing! They had a playful chemistry and were very comfortable with each other. After all, they’d been together for more than ten years!

The two days in Phuket with these two was almost like a vacation with friends. We followed the two around Phuket as they roamed on the streets of Phuket Old Town, danced in Illuzion, took a ride in the famous Tuk-Tuk’s, hugged a tiger, and saw the beautiful sunset in Patong beach.

What was interesting was that the majority of the shoot was not precisely planned or strictly scripted, as is the case with pre-wedding shoot sometimes. We just let the two be, and what we got was a couple in love having the time of their lives.

So gear up, and watch Sanya and Aman’s retro style VHS story “Him and I” as they take over Phuket with their sizzling chemistry!

~ A story of fire and ice ~ OK, there's literall

While we sizzle in the infamous Delhi summer, we c

Can anything, and I mean absolutely anything, beat